Bernard Arnault, the billionaire head of the French luxury goods group LVMH once remarked, “What we create is emblematic. It’s linked to Versailles, to Marie Antoinette.”

His message enhanced the mystique surrounding the company’s number one brand, Louis Vuitton. Louis Vuitton, he inferred, reflected the elegance and nobility of France’s Ancien Régime and its most iconic piece of architecture, at least before its gates were breached by starving peasants and Marie Antoinette executed.

Arnault’s 40-year-old son Antoine, a board member of LVMH and the CEO of Berluti, is of another generation. Seizing upon the mood of new and future consumers, he spoke at The New York Times Luxury Conference in mid-November that the industry’s competitive edge is now won by, “transparency in communicating.”

He is “outer-directed” and argues that the mystery and romance of a brand flourish when its doors are opened, if selectively, to reveal what’s happening behind the scenes.

“In 2011 more than 100,000 people came to see 30 production sites the first weekend,” he said. LVMH, a company with 60-plus luxury brands, had chosen to throw open its doors to around 50 percent of its ateliers.

It was an unprecedented move when fans learned about a product in the making, from design to the finished handbag. In the case of Louis Vuitton, they saw bags being hand-stitched by artisans.

Arnault said the event was as much about the “sincerity of the artisans who wanted to show and share their skills” as it was about the guests.

It is axiomatic to Arnault that there can be no secrets from the millennial generation. These consumers are absolutely clear: they see nothing forgivable in keeping secrets.

In a single address Arnault nailed the theme of the newspaper’s Brussels conference, titled: “What’s Next: Luxury in a Turbulent World.”

Speakers consistently addressed the question of millennials, a generation of “digital natives” who demand transparency and authenticity at a time when luxury is becoming institutional. There are more and more brands and fewer companies.

Stella McCartney, who is the founder of the sustainable luxury fashion label that bears her name, acknowledged the word “authenticity” as the buzzword for this generation.

“We started authenticity,” she confidently told the audience. “We trot it out all the time but if we have a relationship with this generation it’s because we haven’t actively gone out and targeted them. We don’t fake it, we don’t pay people. The design process is so heartfelt at Stella McCartney. I don’t have to try too hard, I think people believe when its honest and know when its not.”

While the 400-plus million millennial, Chinese consumers are front of mind for the European luxury industry, Amarta Banta, managing director of Agility Research & Strategy, provided insights about another demographic: the current spenders, a class of Chinese millionaires.

Agility, a global research company with a focus on affluent consumers in Asia, knows the world wants to welcome Chinese visitors. These travelers may be engaged by a brand at home but they shop in the wider world.

It’s a given that most Chinese millionaires are debt free, but highlighting their spending priorities Banta pointed to their focus on the “experiential” and their surging interest in fitness and health.

“They are spending on spas, organic food, diet, and personal trainers,” she said. “They are looking after their health and while 56% buy products and services on mobile phones, their ease with the digital world also allows them to find the best value which they prioritize.”

Banta said for the millionaire class the top 5 purchases in the next 12 months will be on jewellery, travel experiences, airline tickets, entertainment, and fashion, in that order.

According to Agility’s report, this is the state of millionaire spending: their top four obsessions are shopping (59 percent), fine dining (49 percent), cinema/movies (45 percent), and wine tasting (41 percent). They spend approximately the same amount on leisure travel and jewelry and watches. The breakdown of their consumption looks like this: travel 25 percent, watches and jewelry 20 percent, fashion 14 percent, food and entertainment 13 percent, beauty 10 percent, art and electronics (an unusual grouping) 14 percent, and health 4 percent.

These spenders still put a high value on in-store shopping and presume a customized experience, appreciating more bang for their buck. They want to feel special with the offer of a loyalty program or an invitation to an in-store event. The strategy is all about connecting directly with their demographic. Take their details, stay in touch. It’s meaningful for them.

In fact, less than a fifth of their luxury possession are bought online and while searching for the best prices, many skip the boutique and find their way to luxury outlet malls. Agility’s report states that around 25% make their luxury purchases at outlets abroad. Outlets like La Vallee Village, a purpose-built village outside Paris requiring a 45-minute bus ride, have proven particularly popular among this demographic.

The top five fashion brands this crowd owns are no surprise, Chanel, Dior, Hermes, Louis Vuitton, and Gucci in that order. They say they trust social media influencers more than celebrities.

If forecasting is key, speaker Julie Wainwright, the founder of The RealReal, may have more insights than the brands themselves.

Wainwright’s online luxury store has 200,000 sellers and marries an in-store experience with e-commerce and she sells authenticated luxury on consignment. It’s not unusual for her to sell a product valued at $100,000.

“We often know when a brand is in decline because we see the re-sale value dropping first. So we know before the brands do,” she said. Not only that, but Wainwright sees a future for The RealReal in China. “Yes, one day we will be an international brand and sell in China.” That day may not be far away given The RealReal’s rapid rise.

Wainwright applauded McCartney for her commitment to sustainable fashion, saying, “Authenticity will win over branding because values matter.”

As big name luxury is less and less consumed by Europeans, panelists at this conference were united on the big challenge of connecting to the middle-class Chinese consumer.

“Luxury is emotional and people buy it because it represents something,” said Jonathan Akeroyd, chief executive of Gianni Versace. He said Donatella Versace was not taken seriously until she started to share her story on social media, two years ago. “Her credibility is incredible now. Consumers expect you are making more than clothes.”

Jean-Marc Loubier, president of First Heritage Brands that counts Delvaux among its brands, said every company has to insist on its values. “We have a responsibility and a logo must bring something of value.”

In terms of communicating the message Arnault offered a key example. “When LVMH acquired Loro Piana, a 60-year old Italian company that specializes in cashmere, it had never advertised,” he said. That swiftly changed as the company shared its message. Referencing the location of the LVMH executive offices, Arnault said, “I am of a new generation, the 9th floor understands change. They understand my generation.”

The future, this conference concluded, is inclusion, not exclusion. 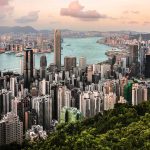